The Theodor Fontane Archive is continuously expanding its holdings through acquisitive activities. In order to add to the manuscript collection or to acquire particularly valuable collection objects.

Please get in touch with us when you would like to support the Theodor Fontane Archive–whether with a monetary donation or a donated item. We will happily discuss the procedure with you.

If you don’t just want to support us financially, but rather want to engage ideally as well, you can do this as a member of our friends’ association.

Your donations make this possible

In April 2016, the Theodor Fontnae Archive was able to acquire eighteen of Theodor Fontanes letters to his wife Emilie. The archive could thereby add valuable pieces to its collection of marital correspondence.

The acquired letters date to the last ten years of Fontane’s life, a period from  which no originals only rather transcripts are known. Through the purchase, the letters are now available for research, which had until then drawn on unreliable transcripts.

On donations supporting charitable purposes (according to Abgabenordnung § 52), you can claim altogether up to 20 percent of your earnings as tax-reducing extraordinary expenses(see § 10b EstG).

Simplified proof obligations for the finance bureau apply to tax deductions up to 200 Euro and a remittance voucher suffices for this amount. For donations from 200.01 Euro we can issue you a contributions confirmation (donation certificate). 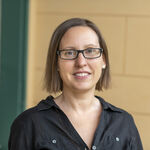